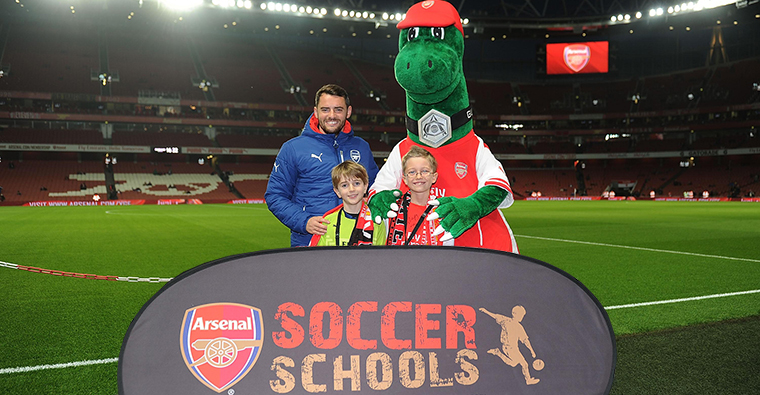 Elounda Peninsula All Suite Hotel announces the “Arsenal Raffle 2016”!!!
Win the chance to meet the Arsenal players!
Over the past two years, Porto Elounda Golf & Spa Resort and Elounda Peninsula All-Suite Hotel have hosted “Arsenal Advanced Camp”.
The lucky winner of both years, together with their parents, enjoyed a tour of the Emirates Stadium, the chance to meet the Arsenal football players and watch an unforgettable match: Arsenal vs. Manchester United on the first year and Arsenal vs Manchester City on the second, both from premium seats!
After such a success, Porto Elounda & Elounda Peninsula have decided to award 4 children this year and introduce the “Arsenal Raffle”. All children that participate during the season in the “Arsenal Football Camp” will be entered into the “Aresnal Raffle” and at the end of the season 4 lucky players will win a visit to the Emirates Stadium with their parents, a tour of this world-class facility, a meeting with the footballers as they arrive, and tickets to an Arsenal game!
* each time a  child participates in the camp will give him a slot in the Raffle. So if for example a kid participates 6 days he or she will get 6 slots.
** winners will be announced after 30th October 2016 when the camp will have finished its operation