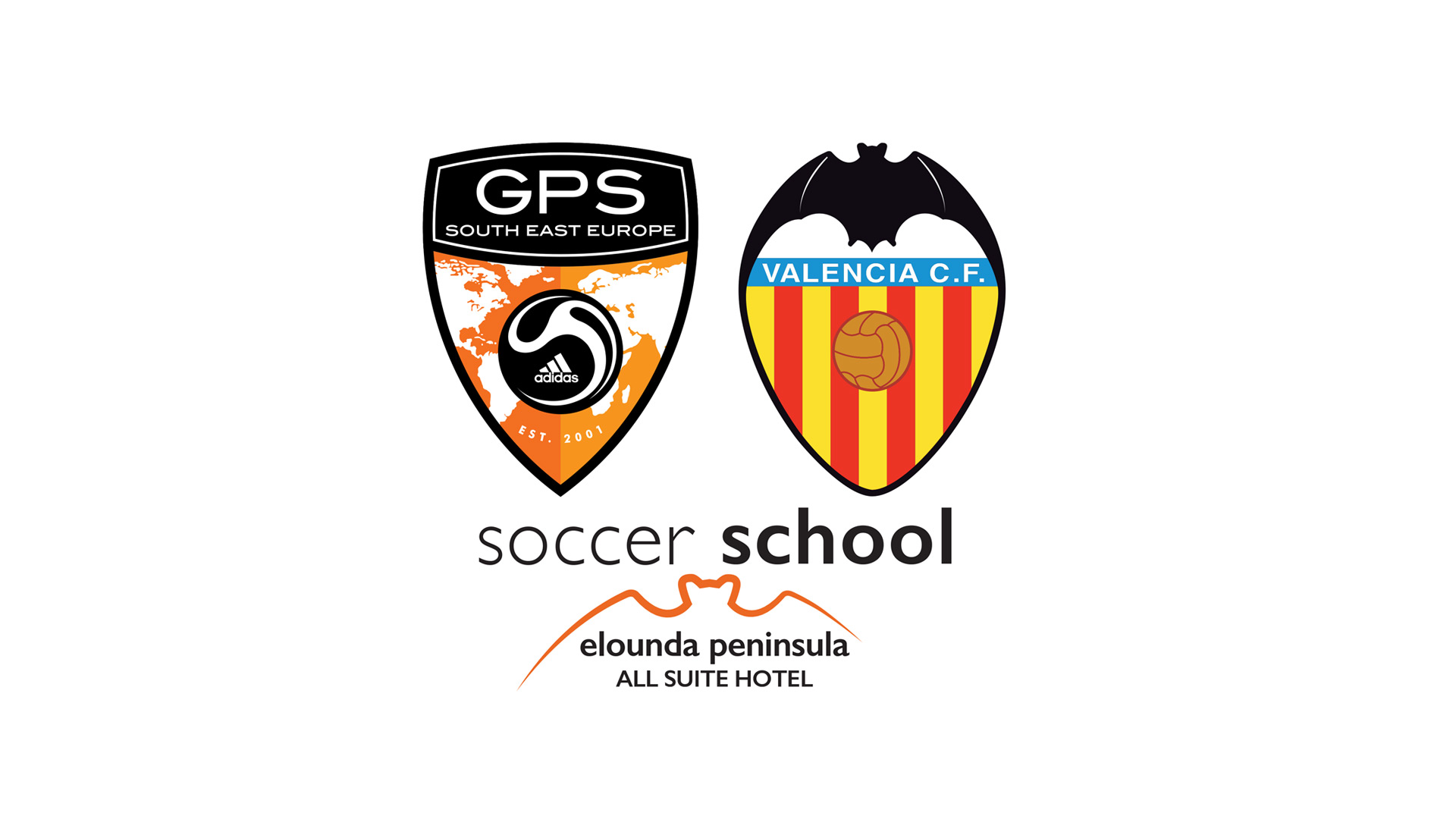 Global Premier Soccer brings Valencia CF to Elounda Peninsula All Suite Hotel!
Global Premier Soccer is one of the largest and most successful football organisations in the world, active not only in Europe but also in the United States of America and Canada, collaborating with major football teams such as Bayern FC and Valencia FC. An exciting partnership is coming to Elounda S.A Hotels & Resorts as from 2018.
Valencia Club de Futbol is one of the oldest and most successful Spanish and European football clubs, having won six La Liga titles, seven Copa del Rey cups, two Fair Cups (predecessor of the UEFA cup), one UEFA cup, one UEFA cup-holders’ cup, and two UEFA Super Cups. Over many decades, the club has upheld its leading reputation as a top-notch youth academy that produces world-class talent.
The Valencia Academy has developed its training model on the basis of how the first team plays, which is synonymous with the club’s identity. Its target is to create players that are keen to take responsibility for decision-making and have the impetus to create attacking play, while at the same time being active without the ball, with the aim of re-gaining possession. These are the guiding principles of player development, always taking into account their current status, age and condition.. Therefore, the Valencia FC model changes depending on the needs of each player at any time, making sure that each training sessions contains a variety of schemes, suiting each player’s character. The model dictates the times at which play is developed, each player’s participation dynamics, the complexity of target accomplishment and the equality in re-possession effort that every training session must contain.
The Valencia Academy will be bringing this incredible level of training to Porto Elounda & Elounda Peninsula in the form of The Valencia Soccer School Camp. The Soccer Camp will operate from early May 2018 till the end of October 2018 at the Porto Elounda Golf & Spa Resort  and will be aimed at children aged 3 to 16 years, introducing for the first time in Greece a unique “kindergarten program” for our young guests aged from 3 to 6 years old.